About Us
Meet the Team

I have been in Real Estate since 2003 and pride ourselves as leaders in our local real estate market and the property management community. For the last 2 years we have been active members of the NARPM (National Association of Residential Property Managers) community and stay current on the latest property management industry trends. 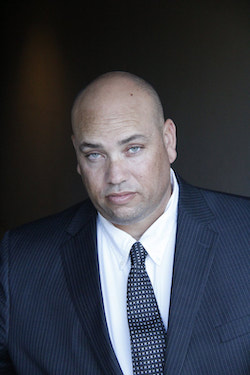 Mr. Bryan Green Achieved an Associates of Arts Degree at Laney College in Oakland California with High Honors, before completing his Studies at Menlo College in 2001. There he was able to compete in NCAA DIII Football and participate in many on and off campus activities. He Studied Environmental Policies and Planning and that has served him well in his Real Estate career. Mr. Green moved to Arizona for good early in 2003 and quickly jumped into the Hot Phoenix Rental Market. Mr. Green worked with Caliber Realty group from July 2013 until 2017. He has taken his years of experience and Started BE Green Realty in 2018.

As a young agent Mr. Green was able to help lots of families find the housing they desired while working with Valley King Properties. He was a Top Producing Agent in the company over 20 times in his time there. He helped over 200 families per year and Coordinated Residential leases worth in excess of a Million Dollars annually. In addition to residential leases, Mr. Green also managed a branch office. Both Supervising and Training other agents. Negotiating with Owners to set up service agreements and contracts.

In 2011 Mr. Green moved on to a series of boutique Realty companies before joining the team at Caliber. Since his coming on board in 2003, profits and occupancy have never been higher at Caliber. He was able to market and fill multiple complexes that had been gutting and renovated. From a zero to 100% occupied in an average of 6 weeks. Mr. Green has a great rapport with many of his clients as exampled by the many referrals he receives from his past clients. Mr. Green has rented units in Tucson as well. He is an expert in the Metro Phoenix Market Place.

Bryan is a proud booster of a local sports teams. He coaches Football at Odyssey Middle School in Buckeye, AZ. He is also the head JV Coach for Odyssey High School Men's Soccer team. He lives happily with his wife and 2 children in the West Valley.